An interview with Ken Fero, director of a new documentary film that seeks to uncover the names behind deaths in UK police custody

The release of the documentary film, Ultraviolence, is a timely one. The deaths of George Floyd and Breonna Taylor in early 2020 sparked worldwide protests and put a spotlight on the treatment of Black people at the hands of the police. Yet these killings and those that came before, in the US as well as the UK, are not new incidents. For the friends and families of the victims that have been murdered by the police it is a story that is familiar and sadly keeps on repeating.

Ken Fero speaks to me over a Zoom meeting, as is the custom in these coronavirus aware times: “I can see all the changes that are happening, I can see that obviously there are lots more schemes happening and mentoring schemes for Black people and equality in representation, decolonising the curriculum, all that stuff, that’s all good. It has to happen. But the issue around [deaths in] police custody, it’s almost like it’s been forgotten or ignored. That’s why the Black Lives Matter Movement started. So Ultraviolence is trying to remind people what this is all really about.”

Ultraviolence uses CCTV recordings and real footage to show us the cruel nature of the UK legal system that protects the police officers responsible for the deaths of the innocent. The film takes us through a number of murder cases and the legal processes surrounding them.

Christopher Alder, 37, an ex-paratrooper and computer skills student, was arrested on the night of the 1st of April 1998, for being aggressive toward hospital staff. Prior to this, on that same night, he received a severe blow to the head while at a nightclub, which is said to have caused his aggressiveness. After being arrested, he was hauled into the police station, handcuffed, and left on the floor, while police officers laughed and joked at the reception desk. Christopher died moments later on the floor of the station. This is all captured on CCTV.

Brian Douglas, 33, who on 2nd of May 1995, while driving through South London with his friend, was stopped and searched by police officers Mark Tuffey and Paul Harrison. During the incident both were assaulted by police officers using the then new long-handled baton. Brian’s friend, Stafford, received a broken wrist. Brian himself suffered a severe blow to the head giving him a fractured skull, injuries that led to his death in hospital shortly after.

The infamous case of Jean Charles da Silva e de Menezes, who, on 22nd of July 2005, was shot in the head at Stockwell Underground Station by police officers who mistook him for a terror suspect. His murder came at the height of increased tension due to the July 7th bombings (7/7) which had happened two weeks previously. 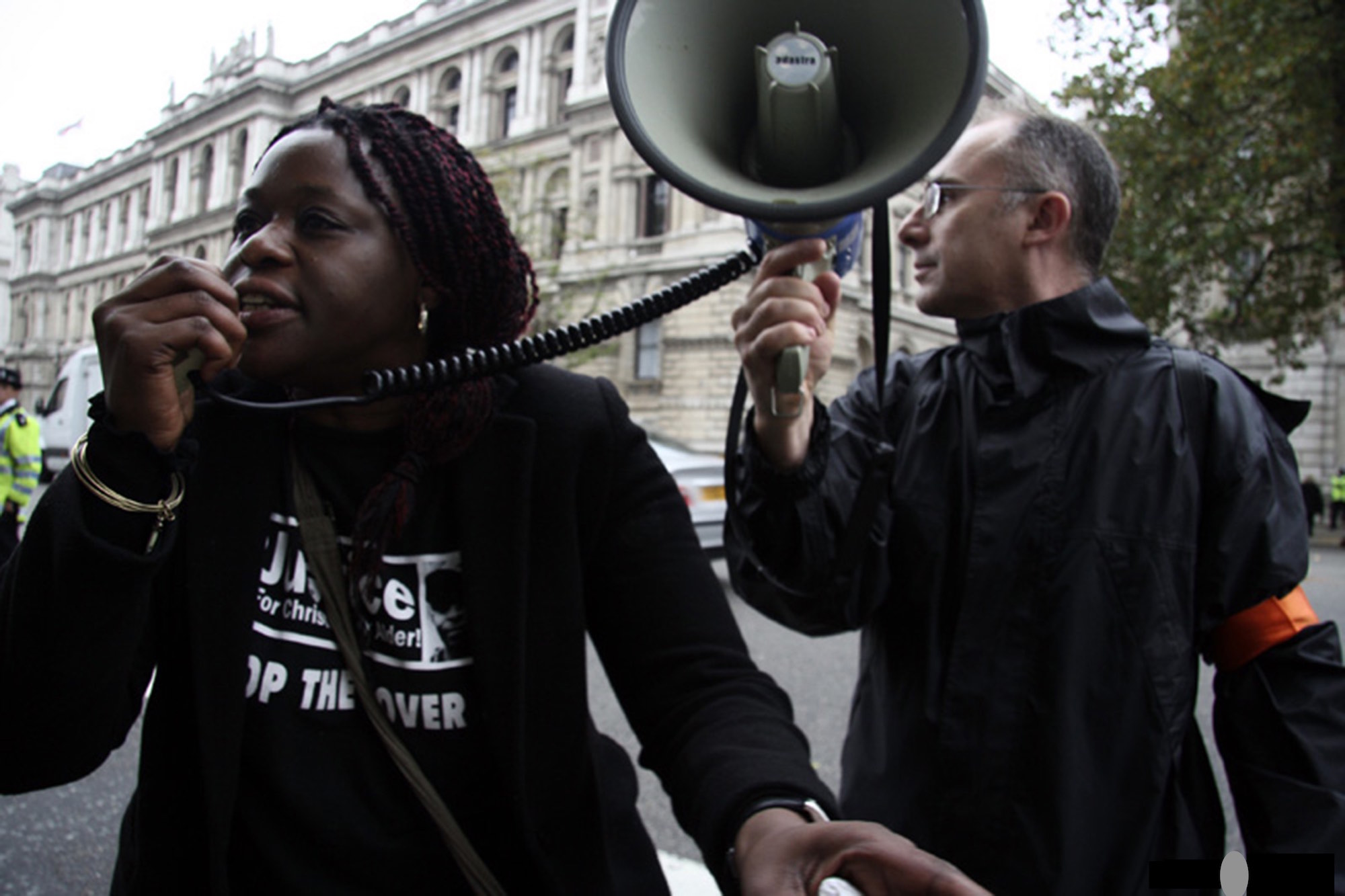 Other cases that this film touches upon include Paul Coker, who died in August 2005 in a cell at Plumstead Police Station after being restrained by 10 officers. At the time he was suffering from excited delirium/acute behavioural disorder. Rather than assessing him and deciding he needed medical attention, police arrested him instead for creating a disturbance. Roger Sylvester died on 11th of January 1999 in a psychiatric hospital after police officers handcuffed him and held him down for twenty minutes. As a result, he suffered a heart attack, lapsed into a coma and died a week later. The list of victims is not confined to one race either. On 22nd of September 1999, Harry Stanley, a white Scottish painter and decorator, was shot in the head by police marksmen after they were misinformed that Mr Stanley had a sawn-off shotgun.

What all these murders have in common is that, to this day, none of the police officers responsible have been charged, dismissed from duty or held accountable for these deaths.

This film doesn’t simply tell us what a tragedy these incidents are. It goes much further in order to expose a system that is devoid of justice for those families who have had a loved one murdered while in custody.

Director Ken Faro tells me: “It’s about saying the names of the police officers. And that’s a big difference between what we do in our films and what everybody else does in this country, because no other filmmaker will go as far as we have in terms of actually naming and showing [the] police officers [responsible]. What we’re interested in is what these officers have done, and how come they’ve got away with it.”

Ken adds that the media is not dealing with the roots of racism in the police force. “What we wanted to do with this film is to challenge.” In fact, he does just that and throws out a challenge. “I would challenge [the mainstream media] to show Ultraviolence. The time seems to be now. Nobody could have given them this kind of film at the most perfect moment. But they won’t go for it. For me, they are just as responsible.”

What we're interested in is what these officers have done, and how come they've got away with it.
Ken Fero

He goes further still to extend this responsibility. “I think the people have got responsibility as well. Everybody in this country has got responsibility to actually challenge the brutality that is being done in their name. One of the strongest slogans during the summer was ‘silence is violence’. That was just everywhere and that’s true. So what this film is trying to do is break the silence in any way possible.”

In Ultraviolence, we also see the struggle that siblings of the victims, Janet Alder and Brenda Weinberg, sisters of Christopher Alder and Brian Douglas respectively, are faced with as they talk to the CPS and IPCC. They demand to know why nothing has been done to convict their brothers’ murderers. Instead, they receive the message that the police are above the law.

“[We] got fed up with victim stories,” Ken states. “That’s all the media does. And we said no, that can’t happen. Because there’s always resistance. And that’s why we started Migrant Media [his film company]. That’s why this film is about people that fight back.”

Ken believes there will always be resistance. The families who campaign for justice are heroes. But all too soon we forget them, we move on to the next issue, and the problem will be allowed to continue.

“Where we are now with deaths in police custody, the state I think will protect [police] officers at any cost,” Ken says. “I think we could be having 200 or 300 deaths in custody, and nothing would happen from the government’s point of view. And that’s what worries me. Where we are right now, especially with this Bill that Boris Johnson has just put through [that will give new powers to public authorities, including the police and the Serious Fraud Office, to commit crimes while working undercover], which will allow anybody that works for the state to basically get away with murder.”

Director of human rights organisation Reprieve, Maya Foa, also comments on this Bill stating: “Our intelligence agencies do a vital job in keeping the country safe, but there must be common sense limits to their agents’ activities, and we hope MPs will ensure these limits are written into the legislation.”

Sadly, it looks like we will be saying the names of even more victims in the not-so-distant future, but when we do, we should also say the names of the police officers that committed the crimes and repeat those names until the legal system finally holds them accountable.

Andrew Myrie studied Psychology at Staffordshire University, followed by Journalism in Lambeth and Counselling in Swindon. He currently works with children and young people with special educational needs and disabilities at Swindon Council. He is interested in learning and writing about historical events and personalities.