On Windrush Day, Stella Corradi’s television drama is a good opportunity for audiences to understand the failures of British government immigration policy.

BBC’s one-off drama Sitting in Limbo, directed by Stella Corradi, is a lesson in black British identity – and what it’s like to have that identity systematically stripped of you piece by piece by a government that is meant to establish justice and promote the general welfare of its citizens.

It follows the real-life story of Anthony Bryon (Patrick Robinson), a second generation West Indian who settled in the UK as a child more than 50 years ago and became one of the many victims of the Windrush Scandal. It is also about a familiar juxtaposition when it comes to race, namely, how we see ourselves positively as opposed to how we are viewed by others negatively. Indeed, how can we fight to protect our humanity when a more powerful external force, like the British state itself, seeks to remove us from our homes and take away our ability to provide for our families, receive care and treatment, and contribute to society? How do we remain British when it feels like Britain is rejecting us?

The government have thrown the lives of many people from the Windrush generation into turmoil by creating a “hostile environment” for people they categorised as illegal immigrants to the UK. In its focus on achieving a quota of reporting and detaining illegal immigrants, the government have also caused legal migrants and existing UK citizens to become victim to the hostile environment. As the then Home Secretary, Amber Rudd, stated, while she stood down for the treatment that her own department had subjected the Windrush citizens to during this scandal: “[I’m] concerned that the Home Office has become too concerned with policy and strategy and sometimes loses sight of the individual.”

In Sitting in Limbo, Anthony is fired from his job after his employers receive a letter from the Home Office stating that he is not eligible to work in the UK. From that moment on, Anthony is forced to deal with government agencies questioning his identity at every turn. He has to keep proving who is. He is repeatedly asked by the Home Office to find evidence that “supports his claim that he’s lived here since 1965”. What they fail to tell him is that they have lost documents that prove he has right to remain in the UK. Furthermore, the Home Office has demanded entirely unrealistic paperwork from British nationals (one official document from every year that the person has lived in the UK), making it impossible for them to achieve. Naturally, Anthony’s efforts in proving his identity fail and he is almost one of the 83 people who were wrongly deported for being an illegal immigrant, at least 13 of whom died before the mistake was acknowledged. If it wasn’t for legal and media intervention, he would have been deported to a country that he didn’t know and had not been his home since the age of eight, like many others. This is made worse by paternity tests to prove that he is the father to his children, Gary and Eileen, playing right into the racist trope of a black man being a criminal and a serial adulterer. When these tropes are used to threaten your right to be in a country, they take on an even more sinister shape. 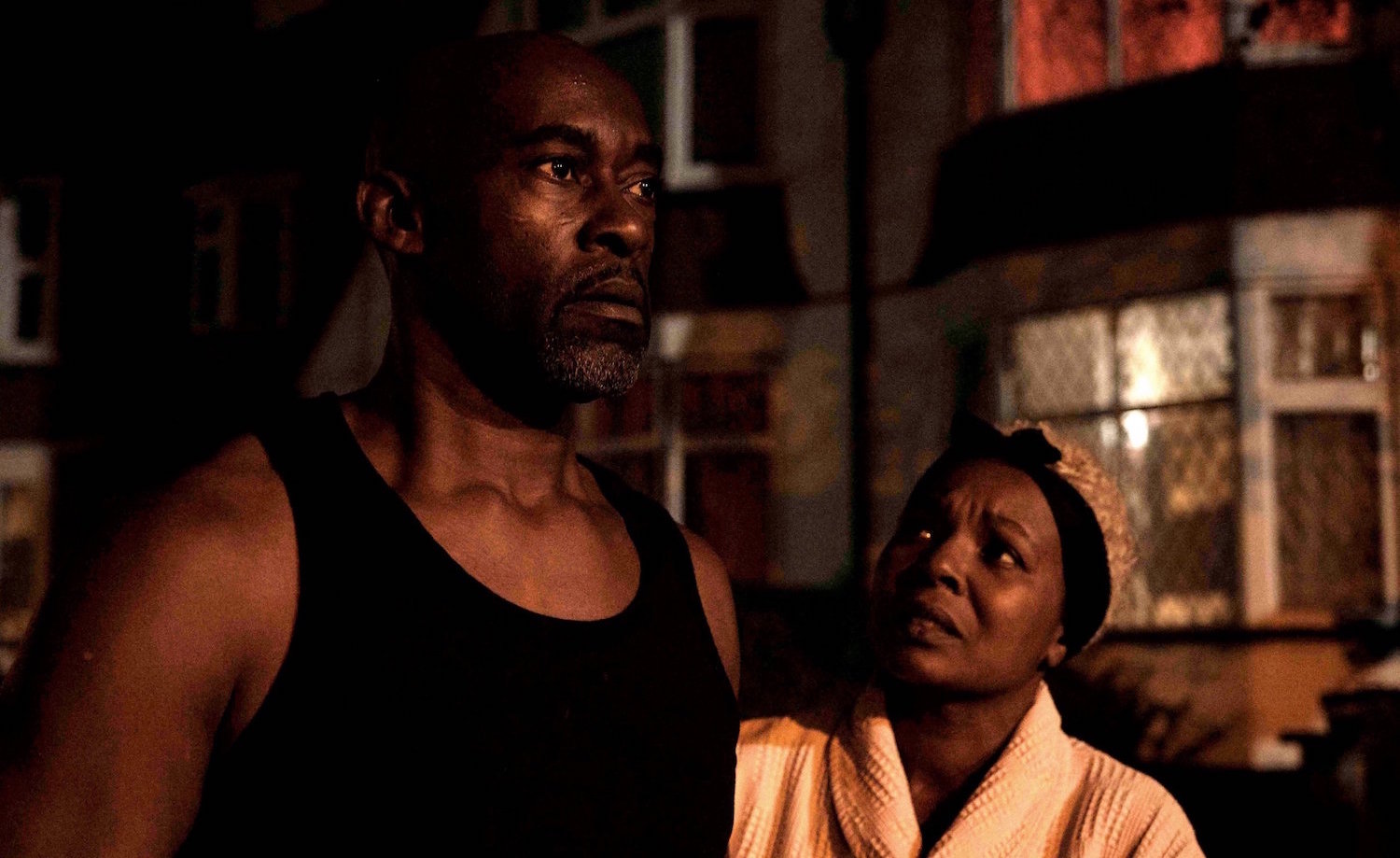 Immigration has historically been a political football used to strike fear in the hearts of the UK electorate. Rhetoric suggesting loss of jobs, strain on public services and racial mixing have all been used to incite fear, hate and often violence towards migrants. Such rhetoric was expressed when British subjects from Commonwealth countries arrived in the UK like the Empire Windrush generation, just as they have been used in Brexit and other debates more recently.

As stated in an independent review to the House of Commons (March 2020): “The causes of the Windrush Scandal can be traced back through successive rounds of policy and legislation about immigration and nationality from the 1960s onwards, the aim of which was to restrict the eligibility of certain groups to live in the UK.”

Theresa May who came up with the “hostile environment” immigration bill while Home Secretary said in 2013: “What we don’t want is a situation where people think that they can come here and overstay because they’re able to access everything they need.” She continued in this vein stating in her 2015 speech at the Conservative Party conference that immigration was of no benefit to the UK. She said: “While there are benefits of selective and controlled immigration, at best the net economic and fiscal effect of high immigration is close to zero.” She added that “mass immigration” was the reason for the housing crisis, high unemployment and the lack of investment in schools, creating a perception that has been contested by many. Inevitably, we later found that May’s policies affected the lives of British citizens, their families and public sector workers, who were forced to become whistleblowers.

This hostile environment policy effectively turned employers, landlords, hospital workers, bank staff, social services staff and others into immigration officers by getting them to check immigration statuses. However, the most damaging act of Theresa May’s Home Office was to wrongly categorise hundreds of British subjects from Commonwealth countries, and in many cases their UK-born children, as illegal immigrants who had to prove that they were eligible to remain in the country that they called their home for most, if not all, of their lives.

What Sitting in Limbo successfully conveys is the failure of the government to treat people with dignity. Anthony, like many others, was wrongly targeted and repeatedly detained as an illegal immigrant. Anthony and his wife were treated like criminals. The trauma and lack of trust took its toll on him. Every government official he met failed to give him any explanation or offer any support.

As the independent review to the House of Commons recommends, the Home Office needs to improve in a number of areas to stop this from happening again. It states: “it must change its culture to recognise that migration and wider Home Office policy is about people and, whatever its objective, should be rooted in humanity.”

The scandal is far from over, as it was recently revealed that only a small fraction of those affected by the Windrush scandal have received compensation. As of May 2020, only 60 of the 1,275 people who have made claims, have received payment, which has been slammed by opposition MPs. Former Shadow Home Secretary Diane Abbot said in a tweet: “Government ministers shed crocodile tears about #Windrush scandal. But the pathetically small number of people who have got any compensation, tells you how much they really cared.” The backlog of outstanding cases with Home Secretary Priti Patel and the Windrush taskforce are in the thousands.

Andrew Myrie studied Psychology at Staffordshire University, followed by Journalism in Lambeth and Counselling in Swindon. He currently works with children and young people with special educational needs and disabilities at Swindon Council. He is interested in learning and writing about historical events and personalities.