“Haunting is one way in which abusive systems of power make themselves known and their impacts felt in everyday life, especially when they are supposedly over and done with (slavery, for instance) or when their oppressive nature is denied…” Avery F Gordon

African Apocalypse is not your regular feature film, and throughout its runtime of 88 minutes it allows us to reflect and navigate the multifaceted space between documentary and historical drama in a way that is innovative, haunting and truly captivating.

The film itself is a non-fiction retelling of Joseph Conrad’s contentious novel Heart of Darkness and, like the book, the film highlights the brutal legacies of ‘civilised’ European expeditions during the height of colonial rule. I was fortunate enough to speak to both the director Rob Lemkin and the co-writer Femi Nylander shortly after the film’s release where we discussed the intricate plot and themes that are investigated throughout the film.

African Apocalypse starts off in Oxford as we are introduced to our narrator and guide, British-Nigerian activist and poet, Femi Nylander. Throughout the film we follow Femi and two other local guides on a personal and spiritual journey through the country of Niger to unearth the cruel legacy of the French imperial captain, Paul Voulet.

Voulet’s story begins in 1899 when he is tasked with securing the Chad Basin to unite all of the French territories in West Africa; however, whilst undertaking this mission, Voulet went rogue leaving behind a trail of death and destruction in his wake. Throughout Femi’s voyage across Niger, we encounter the Hausa people, who were deeply affected by the violence. The Hausa people are the largest ethnic group located throughout north-western Nigeria and Niger. They are well known for their agricultural practices and exquisite craftsmanship and a vast majority of the population can be found in rural locations. In order for Voulet to complete his excursion he had to cross their land and this is where things began to get worse. The story of Voulet and his destructive expedition may not be well known in the west, but the descendants of the Hausa people have not forgotten. They have not forgotten how Voulet and his men rounded up their families and committed unspeakable evils. They have not forgotten the stories of how Voulet decimated villages – and those of you who watch this film will surely not forget too.

The themes that African Apocalypse explores are multi-faceted and complex, but what the film achieves is that it opens up a dialogue about the repercussions of colonial violence and gives the Hausa people a chance to tell their side of the story to the world.
Cameron Aitcheson-Labarr

What I found so astounding about the film was how effortlessly it explores a multitude of political issues, such as France using the Franco-African policy to mine and export Uranium ore for over 40 years, as well as the economic and political fallout that follows the creation of borders, human rights, ecological destruction, and the generational trauma that looms over the afflicted communities. The themes that African Apocalypse explores are multi-faceted and complex, but what the film achieves is that it opens up a dialogue about the repercussions of colonial violence and gives the Hausa people a chance to tell their side of the story to the world.

In a strange way Rob and Femi’s work truly captivated me, particularly as I saw myself in Femi. As a Black British citizen with Jamaican heritage, my very existence within the British Isles is predicated on Britain’s colonial past, and the same applies to a large majority of us, as migration has played a huge role in shaping Britain as we know it today. To be a Black person or person of colour, exploring the forgotten histories of colonialism that intersect with one’s own history repeatedly forces one to encounter a range of emotions – emotions that more often than not lead one to feel like they are being be split in two. This moment of fragmentation is elaborated by the late Frantz Fanon in his text, Black Skin, White Masks, where he recalls a similar feeling of being torn asunder by the weight of the history of race: “I was responsible not only for my body but also for my race and my ancestors. I cast an objective gaze over myself, discovered my blackness, my ethnic features; deafened by cannibalism, backwardness, fetishism, racial stigmas, slave traders, and above all, yes, above all, the grinning Y a bon Banania.” Blackness and Britishness, or even Blackness and European identity are not always understood to be synonymous. Although this is not the core focus of the film, it is a theme that is explored rather naturally, and it is a feeling that many Black people, people of colour and those with dual heritage living in the west will be able to relate to. 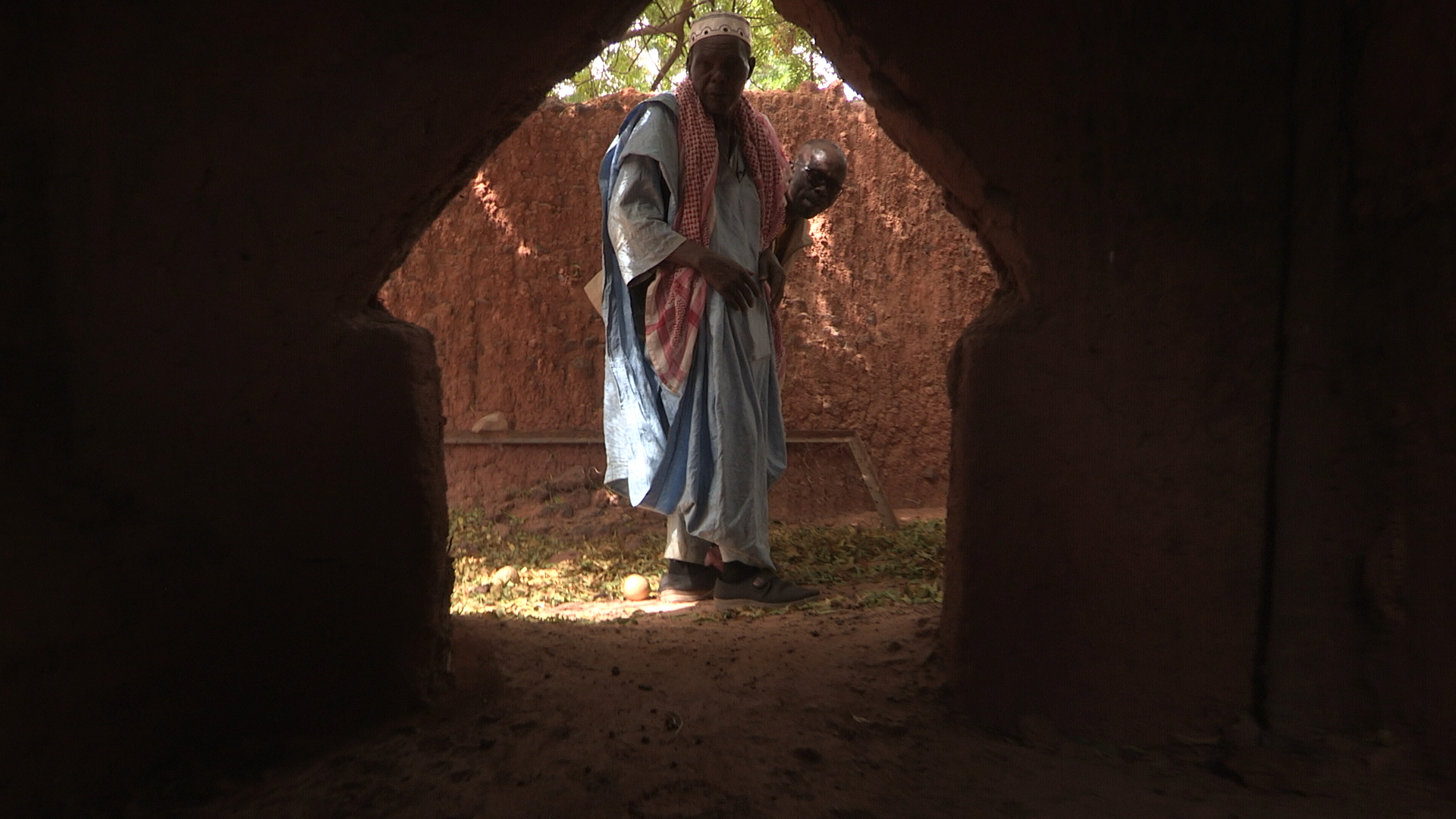 This feeling of being split in two is referred to as “double consciousness” by 20th-century thinker W. E. B.Du Bois (and, more recently, British historian Paul Gilroy). Du Bois writes in his book The Souls of Black Folk: “It is a peculiar sensation, this double-consciousness, this sense of always looking at one’s self through the eyes of others… One ever feels his twoness, – an American, a N****; two souls, two thoughts, two unreconciled strivings; two warring ideals in one dark body, whose dogged strength alone keeps it from being torn asunder.”

During our interview, I asked Femi how he felt the notion of double consciousness impacted him, and the way he interacted with those around him during the making of the film. “What I think is shown on screen is how transformative the experience was and that happened in such an accelerated way due to the filming process,” Femi remarked. “I became more and more comfortable, and was able to interact more naturally with the people of the region. And I think that process was made easier as being someone of West African heritage, of Nigerian heritage, so literally just from the neighbouring country. Being able to then integrate, learn more about the culture and sing with the people was much easier to do than if you’re coming in as a complete outsider.”

The fact that the film has emerged during such a pivotal political awakening in our current moment is not insignificant – Femi himself was an organising member of the ‘Rhodes Must Fall’ movement in Oxford and we’ve seen this come full circle with the international Black Lives Matter protests of 2020 and the removal of statues of slaveowners beginning with Edward Colston in Bristol. I asked both Rob and Femi whether they thought the film was a salute to the decolonisation of knowledge and a challenge to European accounts of history. Rob answered, “I think that the film has a two-fold impact… In so far as we’re letting Nigerians and the Hausa people tell their own story, and we’re giving them a platform to tell their stories. And secondly, because we’re telling the story of Europe, very critically, we’re saying, this is also a story about France, and it’s not a pretty one.”

African Apocalypse perfectly slots into the conversation of ongoing colonial violence in the global context. Speaking further about the film’s timing, Femi comments: “There have been a number of conversations about colonialism happening all over the world last summer and even before. Statues of Leopold of Belgium, who is referenced in the film, have been coming down in Belgium, and colonialism has become a hot topic. If the film had come out at another time, then the idea would have been for the film to have sparked a conversation about colonialism. Whereas now, it kind of slides into an ongoing conversation, which I think is good.”

The non-fiction re-telling African Apocalypse takes us on a historical and emotive journey. It breaks down a number of topics that some may shy away from for being too academic or too violent to explore. The film opens up the conversation of colonialism and the lasting impact that it has on particular communities around the world. If you are ready to delve into the conversation, African Apocalypse is a must watch. 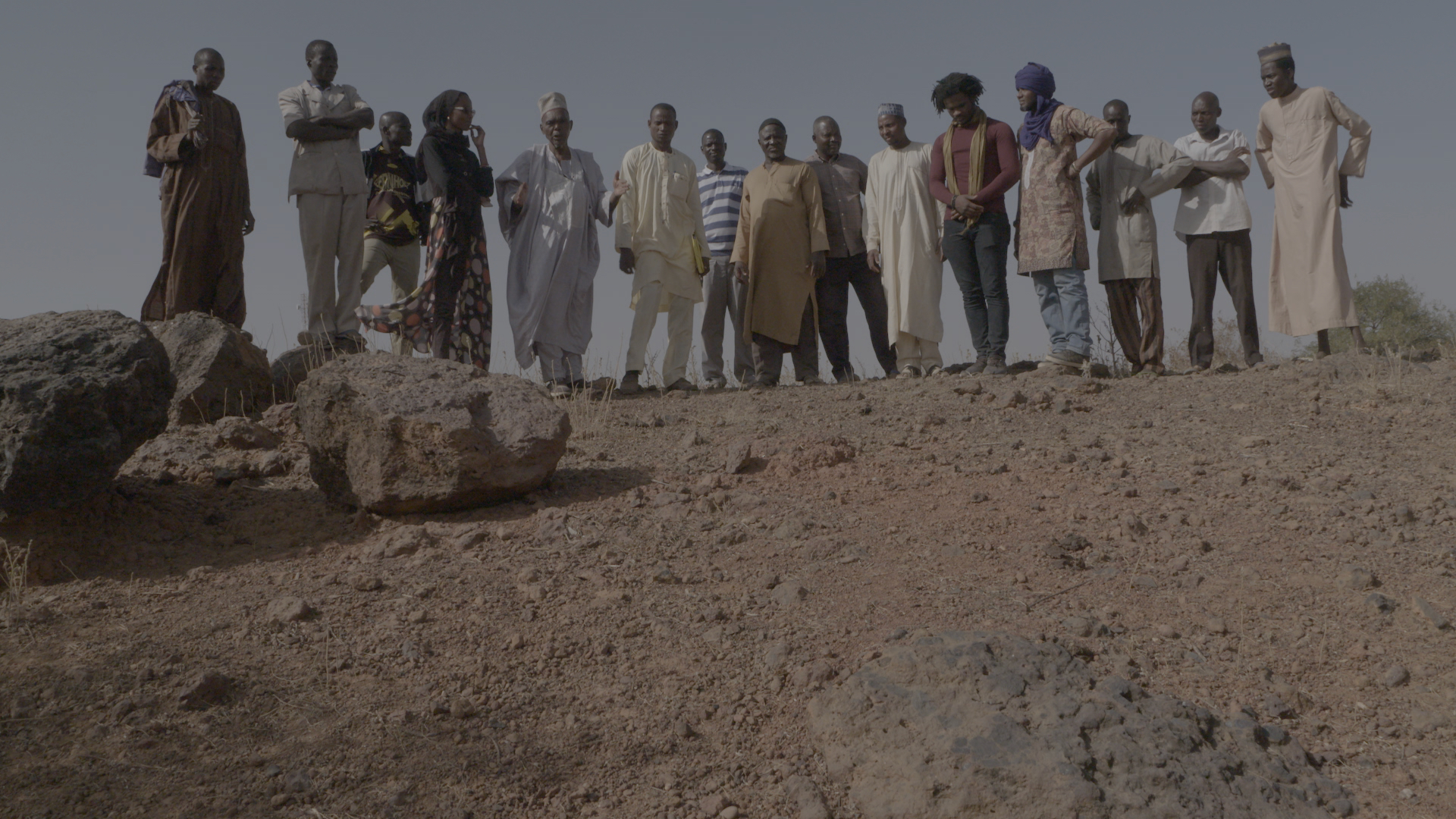 Cameron Aitcheson-Labarr is a freelance Black creative and postcolonial theorist. They are interested in decolonising knowledge production, the arts and museum spaces.