The Platform
Trending
Categories
Appreciating the Heart: The Immigrant Workers Keeping the NHS Going
Shireen Hilmi
#coronavirus-pandemic#health#immigration#nhs
An emotional journey through a new digital exhibition that shines a spotlight on the contribution of BAME workers to the NHS

Heart of the Nation: Migration and the Making of the NHS, the newly launched online exhibition from the Migration Museum, is a digital journey through the makings of the NHS over the past 72 years through the eyes of the many immigrant workers who make it tick.

Hailing from a family made up of two generations of NHS workers, from both English and ethnic minority backgrounds, this exhibition was right up my street. Combining photos from the present day with pictures from the NHS archives, it tells a story of the people who have made our public healthcare system possible. The exhibit shines a spotlight on little-known figures like Dr Harold Moody, a Jamaican born, London-trained physician who was repeatedly denied jobs due to the colour of his skin and Mary Agyapong, Ghanaian nurse who, at 35 weeks pregnant, tragically died in ITU after contracting Covid-19 whilst caring for patients on a Corona ward.

Apart from being a little bit frustrating to navigate digitally, Heart of the Nation tugged at my heart strings to no end. Seeing the faces of the people who I have worked alongside for the last seven years of my NHS career filled me with pride. The exhibit begins with the context of Covid-19 framing a very different perspective to that of our NHS in recent months. The sudden necessity of NHS workers to carry the burden of the pandemic has raised important questions on who exactly has been looking after us and running this organisation for the last 72 years. It has highlighted all those who remained working whilst the majority of the nation was under lockdown, who didn’t have a choice but to just get on with it, and who would take the hits when it came to light that BAME people had a higher risk of succumbing to the virus.

The exhibition continues with stories of individuals who have immigrated to the UK to work in the NHS or who have found themselves working in it anyway, detailing their experiences, the racism they endured on arrival and what they’ve had to give up to get here. One particularly moving example of this is the story of trainee nurse Gulzar Waljee. Originally from Tanzania, Gulzar was told by her South African Matron that she must pass her upcoming final exams otherwise the UK ward would not be taking on any more Tanzanian girls. Already feeling the weight of her family’s hopes on her shoulders, Gulzar now had the fates of all future nurses from Tanzania in her hands, purely because some Tanzanian girls had failed exams previously and this was apparently a trait of her ethnicity. She tells of hiding in the sluice crying after repeatedly being told off for her English, the misery of always feeling out of place, and then the weight of being a representative of all future Tanzanian nurses on her shoulders. This particular story of being defined by your ethnic group, rather than your individuality, is something that I myself, and I’m sure many others from BAME backgrounds, feel especially close to home. 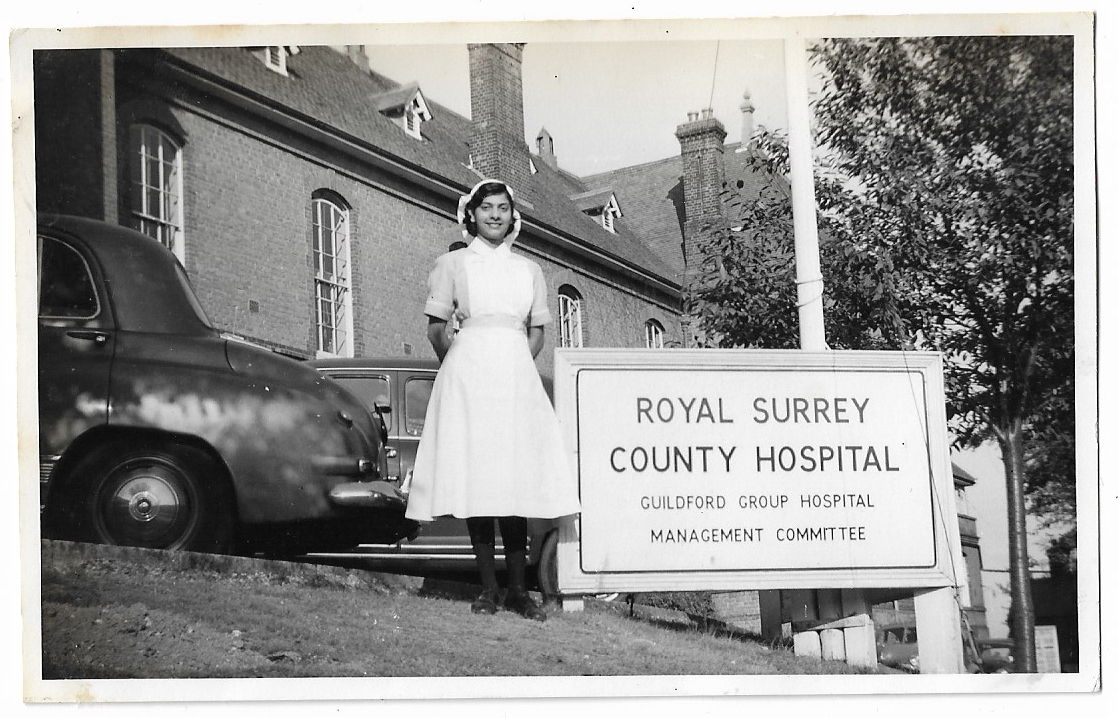 These stories of hostility contrast with the sentiment of pride that the exhibition’s participants have in working for the NHS. They show not only pride in what they do, but pride in their colleagues and the diversity of those they work with. My own experiences of working in the NHS have been undeniably shaped by the wealth of cultures and backgrounds that I have had the pleasure to encounter. One of the few silver linings to emerge from the Covid-19 pandemic thus far has been recognition of this and I can only hope that the attitudes I encountered in medical school from older, white male consultants referring to “Begum Syndrome” and “Fat, lazy West Indian midwives” will soon be a thing of the past.

I encourage you all to take a look and immerse yourselves in the stories of those who came from far and wide to build our NHS, and the generations that came after them to keep it running.

Shireen Hilmi is the Health Editor at The Platform. She is currently working as a dentist in London, while undertaking her second degree in Medicine.