Crazy Rich Asians: Colonial Curiosities and Exotic Fantasies
Admin
#asian#film#movie#review
A landmark in ‘Asian’ representation on screen turns out to be less than revolutionary

Many Asian Americans proudly turned out to support Crazy Rich Asians (CRA), the first Hollywood studio release with an all-Asian cast since The Joy Luck Club (1993). Despite this pride, activists, writers and scholars from the US, Pakistan and notably Singapore, where a majority of the film is shot and set, have rightly criticised the film for ignorantly celebrating Chinese Singaporeans while not recognising that they are the dominating racial group in the country. Sangeetha Thanapal writes, “The term Chinese Supremacy, most adequately embodies this state of affairs. Racial supremacy by its nature will confer unearned advantages on a particular race – in this case the majority Chinese Singaporeans who are privileged in every aspect of Singapore society […] Minorities only exist in the periphery of the film. Why is this being lauded as revolutionary?”

The term Asian American began to be used in the rising student movement of the 1960s as a self-determined political category that encompassed immigration and labour exploitation, and fought against racism and imperialism. Given this context, CRA’s disregard of the various subjugated Asian and Indigenous people in Singapore seems particularly galling. I use this word in particular – galling – as not only is this hypocrisy annoying, but it also alludes to another meaning of the word: to be worn down by a combination of friction and adhesion between metallic surfaces. Notably, the metals can be different kinds or the same. This disconnect between how the film is celebrated among some Asians in the US while being reviled among some Asians in Asia reveals how the category ‘Asian’ is suffering some wear, by having to encompass political collectives, artistic representations and the diasporas in places as varied as the US and the UK, Saudi Arabia, Qatar, Uganda, as well as other Asian countries like Singapore. 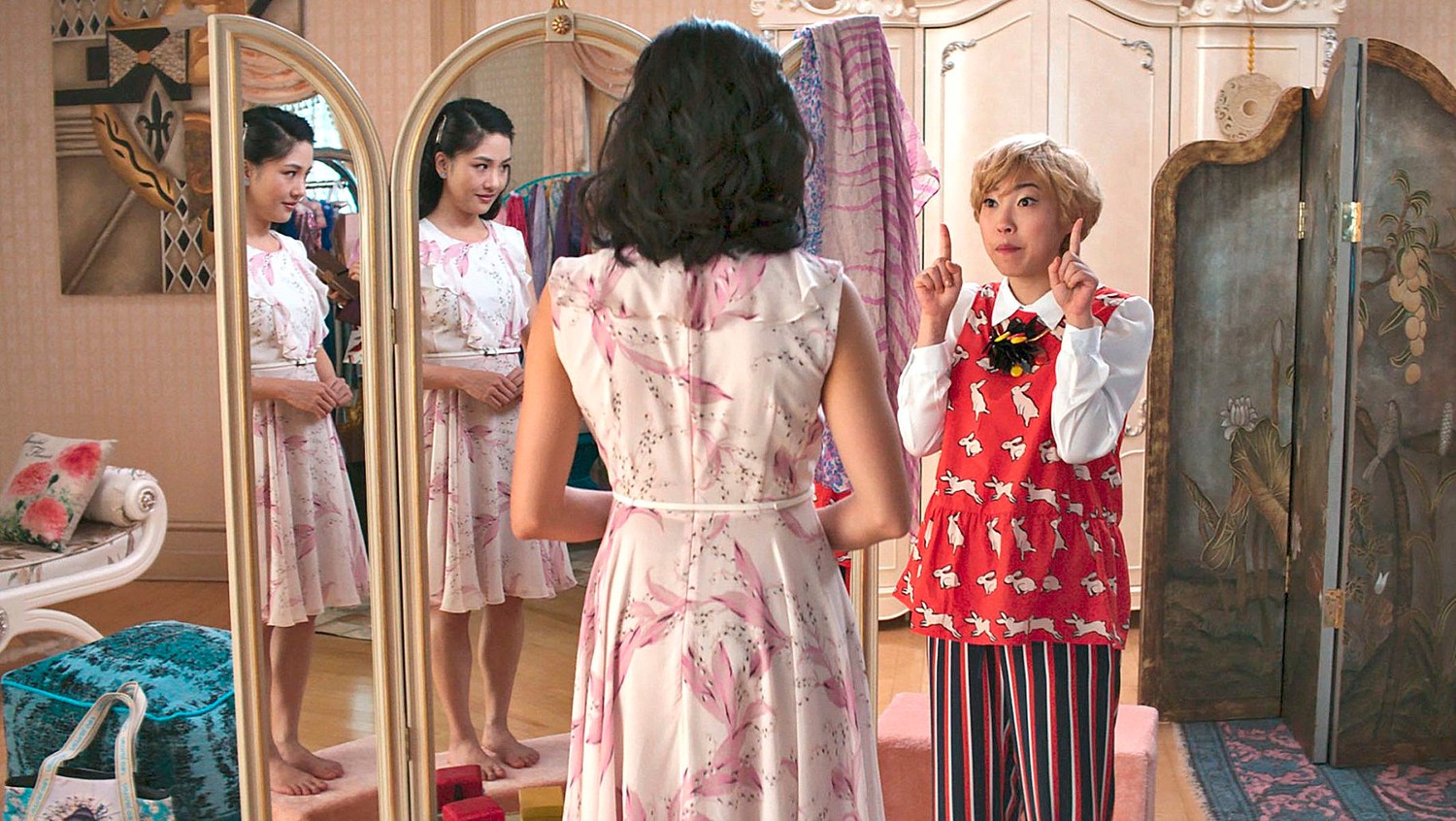 Crazy Rich Asians puts a strong emphasis on visual pleasure. Be it glistening wet Asian male torsos, silk chiffon extravaganzas, or gilded brocade wallpaper, the film’s excess is articulated from a position of Asian Americans being denied access to properly indulge in their beauty. Asian ‘things’ – often in the absence of Asian people – have been integral to US cinema, from the design of early 20th century movie palaces to every genre picture: fighting styles in action movies, influences of manga in animation, and science fiction set design. Often this has taken the form of Orientalism, which makes Asia a space of exotic fantasy. Most glaringly, this has led to yellowface or whitewashing of characters so they can be played by white actors. 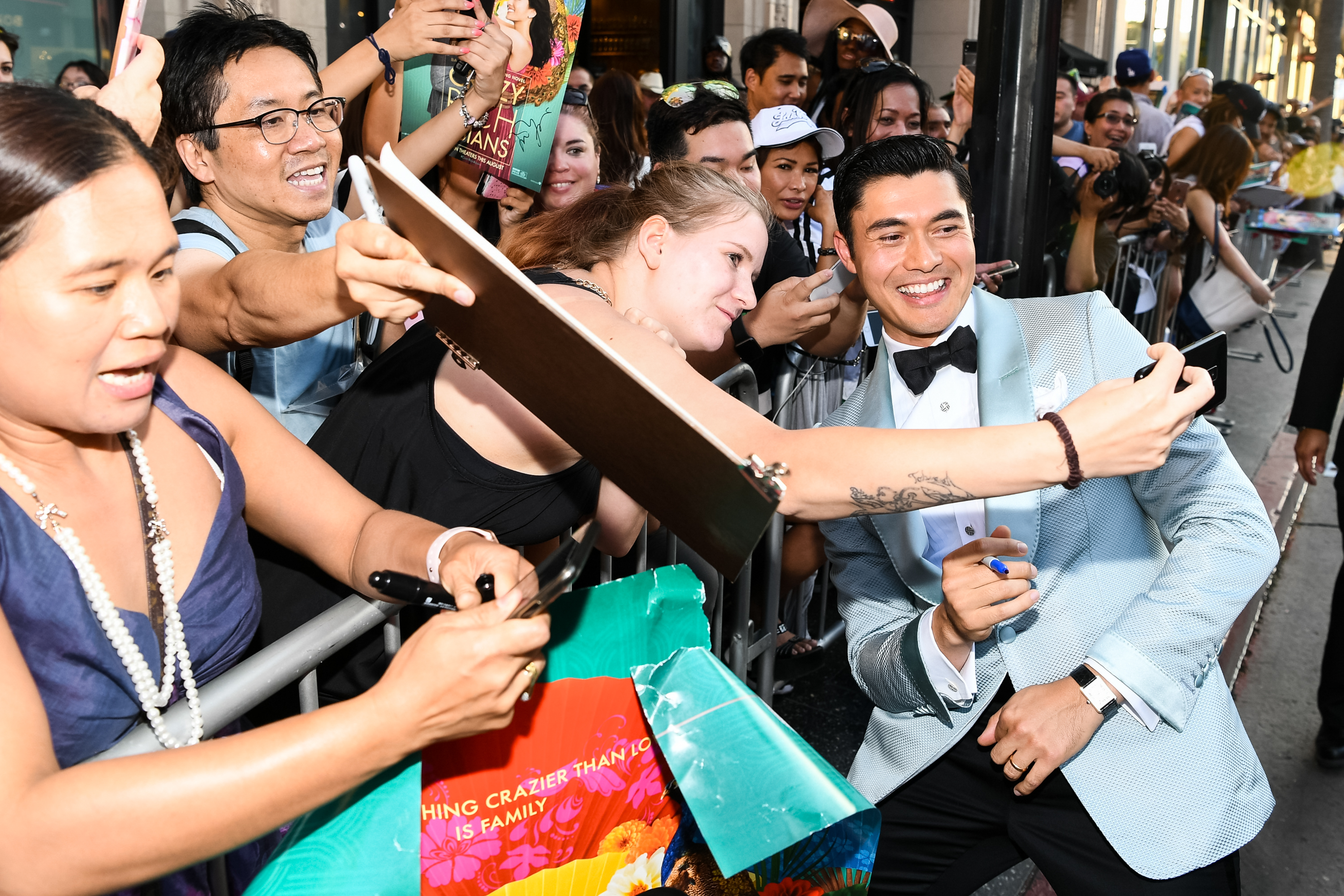 CRA goes to great lengths to provide an affirmative response to Hollywood’s history of Orientalism. One way is to show Asian people adorned in fashions by Asian designers. Another is to give specificity to the locations it shoots, as well as the Chinese diaspora in Singapore. Unlike the fake Asia of Hollywood backlots, here we have on-location shooting, which often serves as tourist promotion, and even some actors who have connections to Singapore. There are also some scenes that remain untranslated as a way to define a specific Chinese diasporic audience.

Still, amid all these different calls to specificity, I was struck, as Thanapal notes, by the complete absence of Malay and Indian minorities. The Chinese in Singapore are the economically powerful majority – and as frantically laid out in the film by the character Peik Lin (Awkwafina) – came there in the 1800s when it was “a jungle” and built this magnificent real estate empire. Following the scene where she quickly goes through this history through a map on a designer handbag, there is a moment of panic as she and Rachel get lost in a jungle on the way to a party. Out of nowhere, a turbaned brown bearded face emerges in the passenger-side window and then a similar one appears on the driver’s side as well. The women scream in what is a slightly comic moment, as the men in uniform direct them to the private gate where an exclusive party awaits them. A few jokes are made about the men’s bayonets, but we never see or hear from anyone that looks remotely like them for the rest of the film. 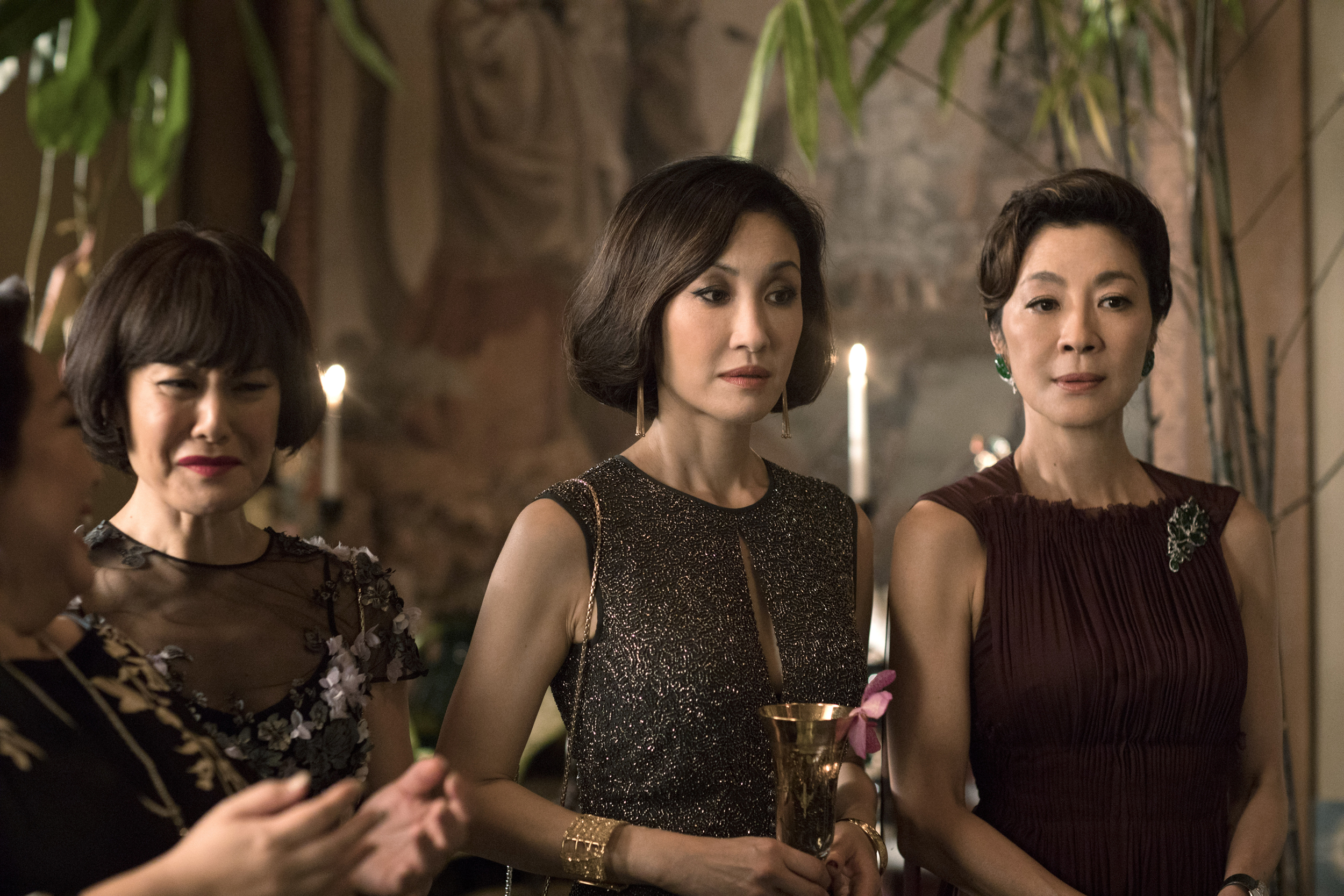 The writer Edward Said connected Orientalism with the colonial project of cartography – another visual rendering of colonised space, and a way to make lands that were depicted as alluring, treacherous and mysterious in painting and literature become better known. Significantly, colonial maps did not provide the empirical objective to counter to the exotic fantasy – rather, all these creations supported one another. In response, CRA is an attempt to give a different kind of rendering to spaces and people that have only been seen as dirty, dangerous or exotic. It uses a space where Chinese migrants have cultural and economic power to launch an argument back to over a century of cultural degradation, humiliation and erasure facilitated by the US and Hollywood. While this could have taken the form of a film where the cast of CRA burns every film or comic book with Fu Manchu, accompanied by the excellent CRAsoundtrack, instead we are asked to imagine, as Mark Tseng-Puttermannotes, “a quintessentially Hollywood – which is to say, white American – story” with Asian faces.

Part of this wilful fantasy is achieved by beginning the film with Eleanor and her family being callously discriminated against by racist London hoteliers. The joke of the scene is that her family immediately buys the hotel, supplanting British wealth with that of the Chinese Singaporean elite. But in focusing on this moment of British racism, which invokes a longer history of British colonialism that affected many different kinds of Asians, we never confront the particular evil of white American racism and specifically that of Hollywood, which makes this film the first in 25 years that every Asian American person and their mother has to go and support (literally, I took and saw several photos during its opening weekend of Asian folks and their mothers). In having a laugh at the uptight white Brits, we also never fully contend with the depths of racism perpetrated by the Chinese in Singapore, whose wealth and dominance is not called into question. Unsurprisingly, this racism is historically connected to collaboration between the Chinese upper class and British colonials.

Even in this film’s new map of the Asian diaspora, it is clear that the enigmatic function of the “Orient” is still deflected onto other (brown) bodies, creatures, landscapes – if only briefly. Whenever we are reminded of “the jungle” – or what Singapore was – we have to put it alongside the narrative of strong, enterprising Chinese immigrant families, and their settler mindset of dominating indigenous people and suppressing the growth of wild animals and plants. This is made literal by the spectacular and fearsome taxidermy tiger in Eleanor’s family mansion. While Rachel is slightly unnerved by the creature, her boyfriend Nick (Henry Golding) simply jokes that he and his sister would hide their cigarette butts there. Recalling how tigers were exhibited by colonisers to mark their conquering of land, this tiger similarly authorises the Youngs with power over the country, and also diminishes the presence of other Asian people, essentially making them curiosities to display and later neglect, ridicule and waste.

More from us
Keep up with the latest articles
Submit
!
Please double check the email entered is correct and try again if necessary.
Submit
Thank you for subscribing!
You have been successfully added to our mailing list. We will keep you informed of updates and new articles when they appear.
The Platform
Trending
Categories
Text
Title