Wake Up and Smell the Ashes: Climate Change Is Our Problem Now
Admin
#climate-change#global-warming#pollution
Our consumerist generation must face the heat and bring about a shift in culture

The UK’s heatwave looks to be breathing its last, and I write this enjoying a glorious rainy downpour outside my window. To say the least, I found it uncomfortable. It got very, very hot, and I think, as a nation, we have proven to the fates controlling the weather that we have learnt our lesson and will never again complain about our good, reliable English weather. We are much more suited to a climate that is neither hot nor cold, a little bit rainy but not too much, occasionally snowy but never for too long and predominantly cloudy with the odd thrill of a thunder storm.

Not just here, but everywhere. The planet seems to be literally catching fire

Now that it’s sizzling out, it’s easy to revert back to complacency about whatever remote changes are taking place to our climate. Climate change IS happening, just not really here. We’ve read the news stories and sent thoughts and prayers to distant lands hit by natural disasters with no real means of bouncing back in a hurry, but our firsthand experience is somewhat limited. We’ve never experienced the types of floods that kill thousands, wildfires that engulf entire towns, or had to limit our shower time because the taps are running dry. But, this summer has been noticeably hotter. Not just here, but everywhere. The planet seems to be literally catching fire; Greece was hit by a devastating wildfire in the Attica region, just north of Athens, two weeks ago, taking the lives of 91 people, most of them families on holiday. Wildfires in California have been raging for over a week now and aren’t expected to be under control until September, despite the staggering 14,000 firefighters attempting to control the blaze (fourteen THOUSAND). Sweden has seen an unprecedented number of wildfires this year and has had to call in reinforcements from neighbouring countries to try to control them, with some reaching as far north as the Arctic circle, thanks to unusually hot, dry weather.

The dangers of too much heat are often fatal 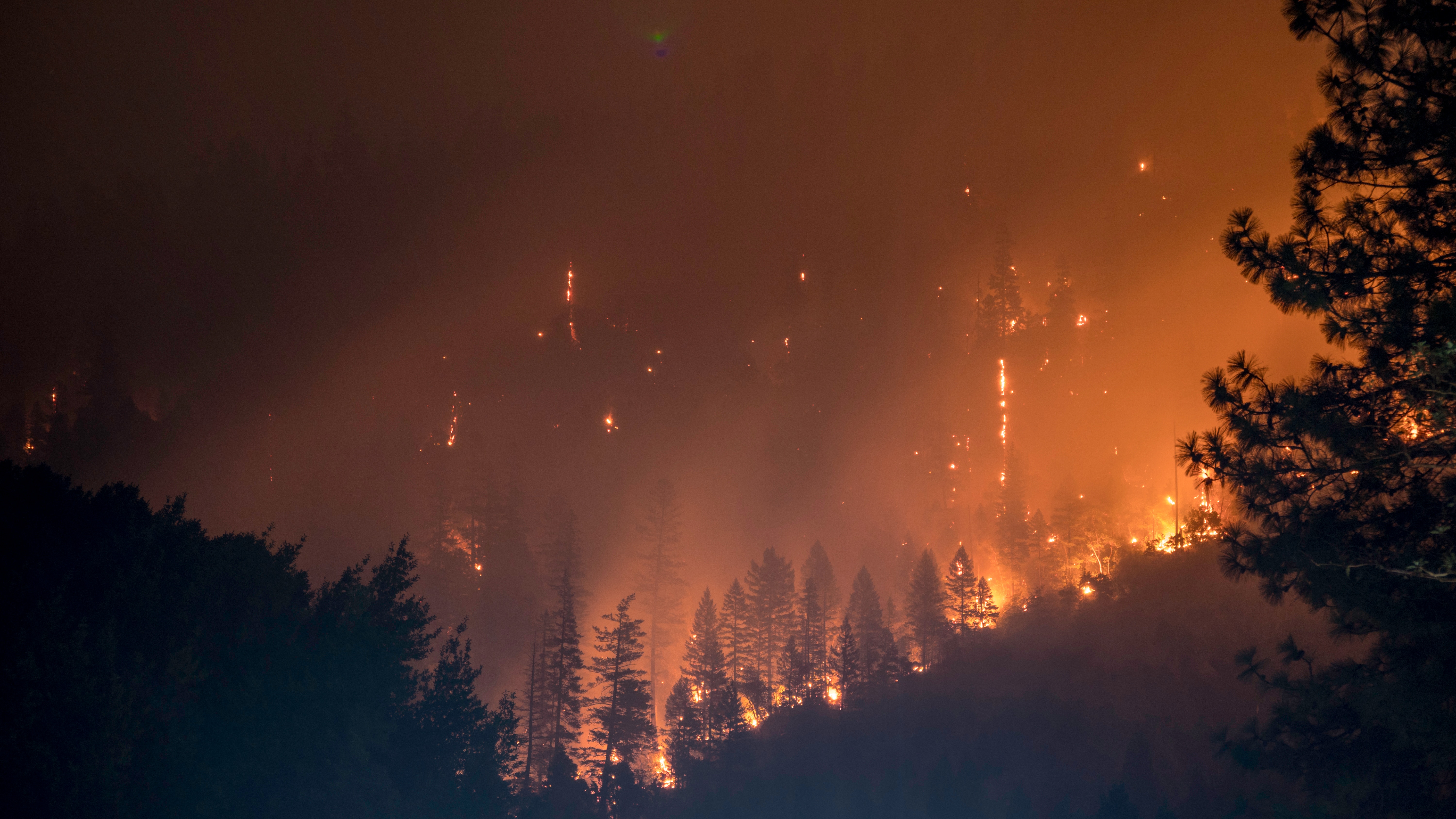 The worrying element this year, however, is the distribution of these hotspots. Unlike previous years, where areas of unusually high temperatures were isolated to only a handful of regions, this year has seen a more generalised distribution of higher than average temperaturesthroughout the globe.

Pollution is rife in our cities 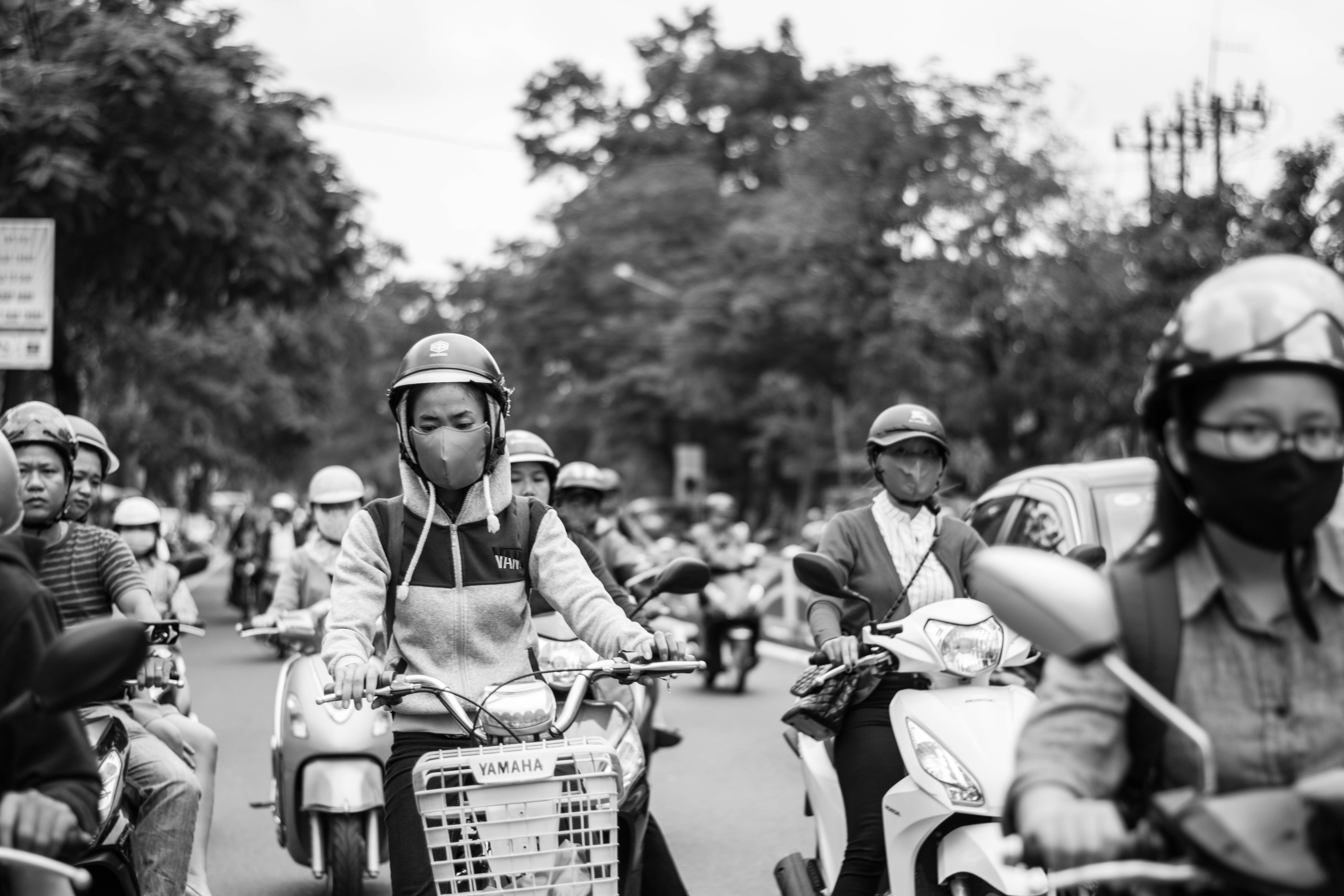 Hot weather is dangerous. Just like cold winters, high temperatures kill old people, children and anyone slightly less able to cope. Healthy twenty-somethings are perfectly fine to cope with a little dehydration at work and an overheated bus. A pregnant lady stuck on the bus may collapse, and an 87-year-old man living alone may also collapse, not be able to reach a phone, and have to wait until someone finds him. Japan’s heatwave this year mounted a death toll of 80 – including a 91-year-old lady collapsing in a field and two further elderly women being found dead in their homes. The Japanese government declared it a natural disasterand counted 22,000 people attending hospital with heat-related conditions. Our beloved but struggling NHS may just not cope with recurring crises of that level, let alone the issue of staff and patients being stuck on poorly ventilated, overheating wards.

Air pollution, however, affects us all, young or old. Made of up toxic particles produced from car exhausts and factories, air pollution acts as an insidious silent killer. The World Health Organisation (WHO) estimates that 24% of all death from ischaemic heart disease globally is due to air pollution, as well as 23% of deaths from lung cancer. In London, air pollution is exceeding safe levels in ALL areas, including schools, and has been implicated as a risk factor for the development of childhood asthma. If the numbers don’t convince you, I encourage you to spend a day on the London Underground and blow your nose at the end. The colour won’t lie.

Most importantly, the problems presented by our changing climate are no longer as far off as they have always seemed. Many climate organisations have been campaigning for us to create a better world for our children and for our children’s children, ensuring they still have beaches to enjoy, trees in their gardens, breathable air and a sizeable chunk of the planet that isn’t a swollen landfill started in the 20th century. But the threshold temperature – the temperature at which the climate tips into an unpredictable hot mess, rendering parts of the globe uninhabitable – is only 60 years away if we continue at this rate. To put this in perspective, the tipping point is predicted to cause sea levels to rise by between 10 and 60 metres. Two thirds of the world’s largest cities lie less than 10 metres below sea level, including New York City and Miami. Again, this tipping point is only 60 years away – this is most definitely our generation’s problem.

Reading (and writing) this can seem a little overwhelming. We have an existing stack of local and global disasters that already seem quite hopeless, and sometimes the magnitude of climate change can just seem too much. But climate change is a political problem and it’s also an economic problem – it’s not something that we cannot hope to fix. We are voters in a democracy (we hope) and, as such, we have voices. We are consumers in a market, and as such, we have money to spend in ways we deem fit. Money speaks and the right to vote is a powerful thing, one that we can sometimes forget how privileged we are to possess.

Governments can make the decisions to reverse these processes by investing in green energy production, by recycling our waste responsibly, by making efforts to push us away from being utterly reliant on coal, oil and gas, and promoting self-sufficiency on wind and solar. But the reality is, ours and many other governments are doing very little to pave any kind of change in the way we treat the planet. Donald Trump, of course, left the Paris Climate Agreement two years ago, approved the use of fracking, and has inexplicably promised to open more coal mines in the name of creating jobs, as well as explicitly denying the existence of climate change. Our Conservative government is too preoccupied with exactly which disastrous Brexit strategy to opt for, rather than deal with the fact that the UK physically does not have the capacity to recycle all of its waste. Meanwhile, political pin-up Justin Trudeau is making good use of the Alberta oil fields to fuel his country, no matter what effect it has on the First Nations people or the ocean, as well as expanding Canadian gas production (and helping to fund the war in Yemen).

At the same time, we continue to consume goods with insatiable hunger, encouraging disposable fashion and financing companies that will sell us what we buy, irrespective of what it takes to produce it. Businesses will, unfortunately, do what makes money, and if this means selling cheap t-shirts designed to last a few weeks or burgers containing horse meat at £1 for 20, they will probably just do it. If we buy it, they will sell it. Fast fashion encourages consumers to regularly change their entire wardrobe, with fewer and fewer clothes being recycled. Cheap polyester garments are non-biodegradable and are covered in toxic chemicals needed to dye them. Businesses like coffee chains have seen a massive upsurge in the last decade, but it was recently revealed that the majority of paper coffee cups aren’t recycled at all, with ministers then voting against introducing a levy on non-reusable coffee cups that would encourage people to use their own, reusable ones. Frappuccinos and iced coffees are an Instagram favourite and always sold in a plastic cup with a plastic straw, neither of which can be recycled, yet we buy more and more of them (as long as the milk is organic, almond or gluten-free). 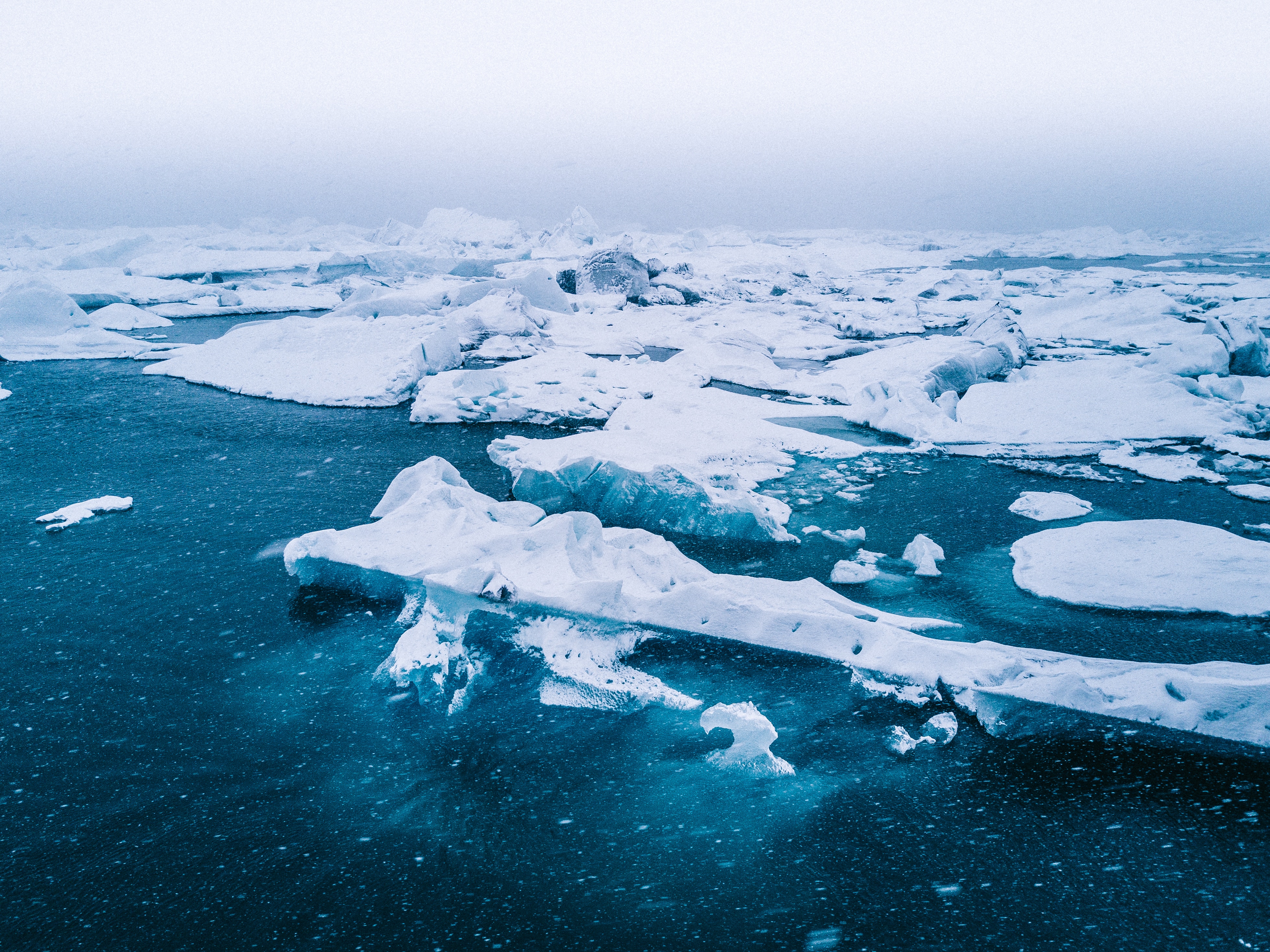 If consumers made a point to no longer tolerate such irresponsible practices, a real culture change could be underway with regards to the ethos behind our energy production. Use of plastic bags in the UK has reduced by an incredible 85% since introducing the 5p charge in 2015 – a testament to an insignificant sum of money producing a real culture change by forcing consumers to actively decide whether or not they need a bag.

As consumers and citizens, we have the opportunity and the responsibility to call out companies wasting resources, to call out our government for doing nothing and to check our own actions – whether it’s using your own bottle, your own coffee cup, or simply ensuring you turn off the light when you leave a room.

Ultimately, if we do nothing, the heatwave just gone is simply a warm-up. The only thing to do would be to stockpile deodorant and plan a new route home that avoids London’s sweltering central line. But if this doesn’t convince you, let me remind you of what a starving polar bear looks like on a melting ice-cap.

More from us
Keep up with the latest articles
Submit
!
Please double check the email entered is correct and try again if necessary.
Submit
Thank you for subscribing!
You have been successfully added to our mailing list. We will keep you informed of updates and new articles when they appear.
The Platform
Trending
Categories
Text
Title