The Platform
Latest
Categories
A monster for every age: Discovering ‘In Dreams Are Monsters’ film season at the BFI
Gareth Jones
#bfi#cinema#film#film-festival#history#horror#review

From horror in reactionary mode, to the monsters that show us how to become more human, here is a close look at some of the classics featured at the BFI’s curated season, ‘In Dreams Are Monsters’, available now.

Running from 17th October to 31st December this year, the BFI’s exciting, nationwide horror season ‘In Dreams are Monsters’ introduces itself with the claim that “Horror is the genre of our times; it speaks both to and for everyone.” Certainly, horror does have a special ability to resonate with marginal voices. Monstrous concepts walk the shadowy hinterlands of human knowledge – the realms of the barely thought and the unthinkable.

The genre’s transgressive and affective qualities can therefore, speak “to and for everyone”, but the claim that horror is the “genre of our times”, is more complicated. Horror monsters mutate; they evolve with our changing dreams and nightmares. As John Carpenter, director of horror classics including Halloween (1978) says: “Every culture, every few years, it morphs, it changes into something else. It brings the sensibilities of the age in which it’s made and that’s what’s so fabulous.” Horror, then, has the capacity to evolve alongside our anxieties and in this sense, it is the genre of all times.

Yet our time is a particularly unsettling one. In Britain we have been under attack from a pincer movement of existential challenges since 2016: Brexit, Covid and now war in Europe with its attendant threats of economic and perhaps even nuclear catastrophe. And all of this against the backdrop of big data, algorithms and AI technologies that seem capable of manipulating us like some spectral puppeteer hidden within the devices that dominate so much of our lives. But before we turn to contemporary monsters, let us consider horror’s historical appeal, with reference to some of the highlights from the BFI’s wide-ranging retrospective.

Horror monsters mutate; they evolve with our changing dreams and nightmares.
Gareth Jones

James Whale’s Frankenstein (1931), screening until the 27th November, is widely considered to be one of the great Universal monster movies. Made 114 years after the publication of Mary Shelley’s novel, the treatment shifts the emphasis somewhat from man versus nature, to technology versus man. In the paper James Whale’s Frankensteins: re-animating the Great War (2011), Christiane Gerblinger suggests the film resonates with a dominant trauma of its time: the mechanised slaughter of the first world war. A comparison between Shelley and Whale’s monsters helps to illustrate this argument. While Shelley’s is gigantic and grotesque, it is also erudite, well-mannered and emotionally sophisticated. Whale’s on the other hand is mute, lumbering and bestial, corrupted and defiled by the techno-scientific power that gave it life. Like the victims of the first mass conflict of the industrial age, the monster suffers at the hands of technology and male hubris, invested with great pathos by Boris Karloff’s haunting performance. In addition, Gerblinger suggests that the monster’s repeated rejection and eventual persecution at the hands of the villagers, resonates with the plight of first world war veterans, doubly dehumanised by the horrors of war and the economic hardship of The Great Depression. Whale’s monster is an image of the period’s broken man, whose needs society is incapable and unwilling to meet. Frankenstein offers a bleak vision of humanity in a deeply troubled time and, as such, we might think of it as a critical horror film: its sympathetic monstrosity engages with cultural problems, but does not easily yield solutions.

Screening until the 1st November, Creature from the Black Lagoon (Jack Arnold, 1954), is a seminal 1950s monster movie. In the study Race, Gender and Terror: The Primitive in 1950s Horror Films (2004), Patrick Gonder argues that Creature illuminates the post-war fear among white Americans, of desegregation and interracial sex. According to Gonder, Gill-Man’s exaggerated lips and half-beast, half-human taxonomy “concretize racial difference” by transcribing racist African American stereotypes onto the monstrous body. He is figured as an unevolved primitive, driven by bestial urges to prey on a group of ‘evolved’ white scientists on a quest for knowledge. As the narrative proceeds, Gill-Man develops a fascination for the party’s damsel-in-distress, Kay Lawrence. He makes repeated attempts to capture her, attacking from the Black Lagoon’s weedy depths, with the setting amplifying his primeval nature. In stark contrast, Kay’s lover David is a male hero in classical mould. With his colleagues in tow, he pursues enlightened knowledge of Gill-Man’s origins, while flaunting a muscular, athletic torso, accentuated by flattering, low-key lighting. Indeed, one could argue that David’s name hints at the racial politics written on his body; Michelangelo’s David is after all, an iconic representation of idealised notions of white civilisation. Resolution comes when David nullifies the threat from the not-quite-human, racial other, and re-establishes the white, patriarchal order. On this reading, Creature from the Black Lagoon is horror in reactionary mode. Its monstrous motifs trace dominant anxieties, but refuse to map those anxieties to the potential that lurks in the transgressive heart of all monstrosity. 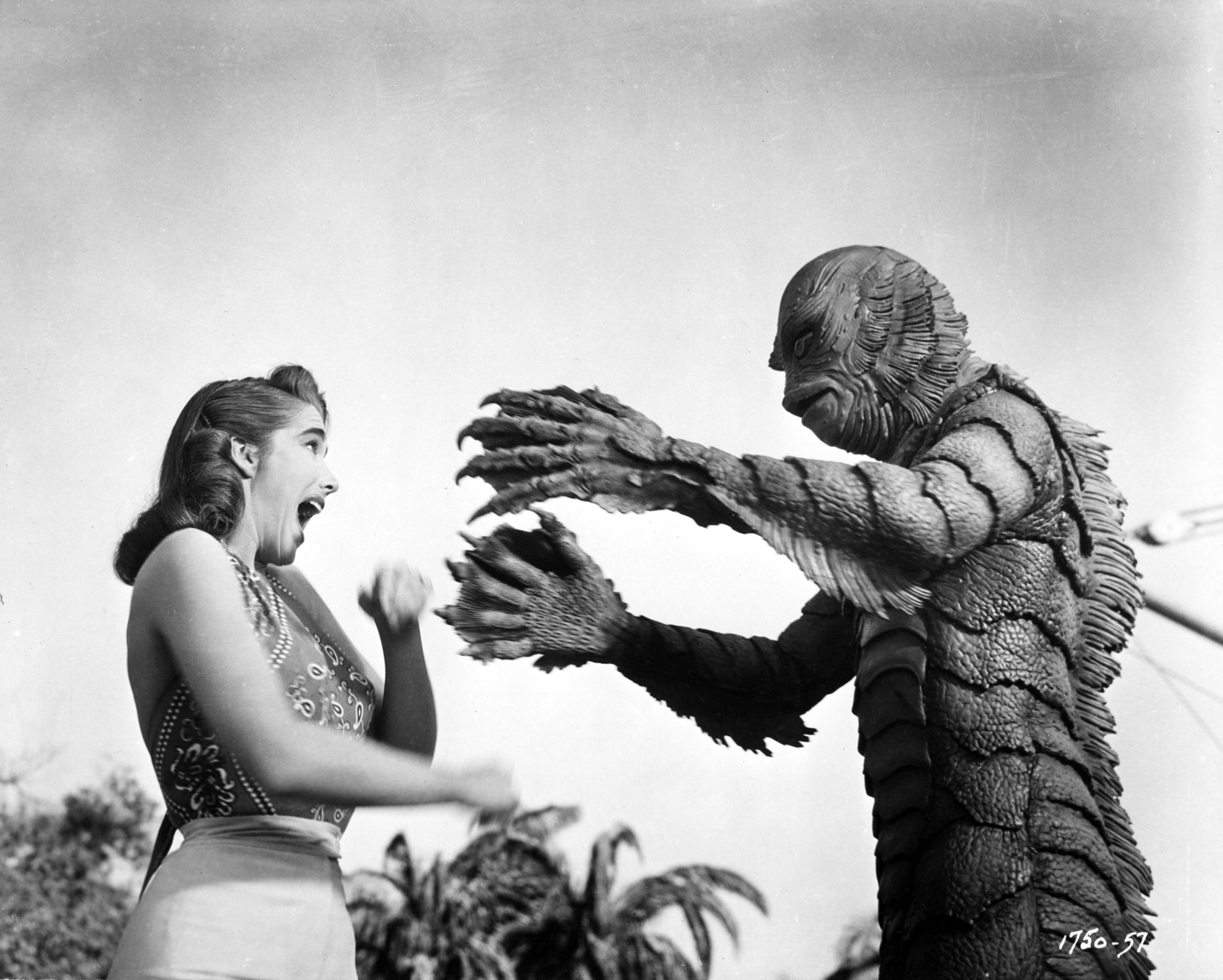 Wes Craven’s A Nightmare on Elm Street (1985), screening until 30th November, is a different beast, however. Its narrative and thematic sophistication demonstrates the capacity of horror to produce progressive ideas as well as reproduce oppressive ones. In some ways, Freddie Kruger is a typical slasher antagonist – an emasculated male killer that stalks teenage victims, brutally murdering them with phallic stabbing weapons. In Nancy, the film also boasts a powerful example of the ‘final girl’ archetype, attributed by Carol Clover to the slasher film in Men, Women and Chainsaws (1999). Yet Freddie’s explicitly supernatural status is unusual. He possesses his victims’ dreams and inflicts harm that manifests in their waking worlds. In this sense, Freddie is a liminal entity who complicates the distinction between monster and non-monster. He is also a striking example of the ‘abject’ horror Julia Kristeva discusses in her 1980 book, Powers of Horror. For Kristeva, the abject monster is particularly disturbing because it is neither wholly a part of, nor external to, the body. Like Freddie, Nancy is an atypical character. She has more agency and resourcefulness than most final girls, and her heroism is further amplified by her refusal to copy the brutal violence of her male assailant. Instead, she realises that the secret to defeating Freddie (albeit briefly!) is a refusal of his power over her. As horror scholar Kyle Christensen argues in The Final Girl versus Wes Craven’s A Nightmare on Elm Street (2011), Nancy is no mere surrogate for the male gaze – she destroys it by refusing to be subsumed within it. Nightmare then, seems to resonate with two prominent movements of the 1980s, second wave feminism and postmodernism. The former sought to dismantle the gender inequalities of patriarchal society, while postmodernist thought rejects rigid categories like monster/non-monster and masculine/feminine. An unusually progressive slasher film, A Nightmare on Elm Street suggests that monstrosity is not confined to the other, and that heroic agency transcends hegemonic notions of binary gender.

The monstrous jamboree that has stalked through cinemas since Georges Méliès first ever horror film The Devil’s Castle in 1896, demonstrates the genre’s capacity to illuminate the nightmares and dreams of their time; but what of the horrors of our time? My PhD research proposes one answer to this question: those brought forth by what I call ‘datafied selfhood’. Datafied selfhood is my term for the technologically mediated experience of the individual in a world increasingly constituted by computational technology.

Our personal devices interface us with technologies of mass communication and participation, but they do so according to the values of capitalist rationality: productivity, efficiency and competition. Thus, we are caught between the promise of extended freedoms and agency on the one hand, and day-to-day conformity to the operation of computational capitalism on the other.
Gareth Jones

As we can see from the films screened in this season at the BFI, the horror monster can terrify but it can also reveal new ways to become human. I think of this paradox as ‘monstrous potentiality’. In addition, horror has an affective force that sidesteps culturally specific spectatorship and, instead, hardwires audiences to an imminent, bodily experience with the terrors on screen.

Like horror film, datafied selfhood has monstrous potentiality. It has the capacity to augment and liberate, but also to subjugate and oppress. Our personal devices interface us with technologies of mass communication and participation, but they do so according to the values of capitalist rationality: productivity, efficiency and competition. Thus, we are caught between the promise of extended freedoms and agency on the one hand, and day-to-day conformity to the operation of computational capitalism on the other. Datafied selfhood may extend us beyond the body into networks of interaction that facilitate new abilities, but it also threatens our subjective coherence.

This monstrous tension (perhaps even paradox) is at the centre of our datafied age. It is also increasingly visible in our horror cinema. Cam (2018), Black Box (2020), Daniel Isn’t Real (2019) and We’re All Going to the World’s Fair (2021) for example, all offer fascinating insights when considered from this perspective. An extended discussion on this topic is for another time, however. For now, as the nights lengthen and Halloween is upon us, I look forward to the BFI’s expertly curated horror season. May it remind us in these troubled times that monsters can be the stuff of dreams as well as nightmares.

BFI’s ‘In Dreams Are Monsters’ is a season of horror films in cinemas across the UK and on BFI Player (17 October to 31 December 2022). 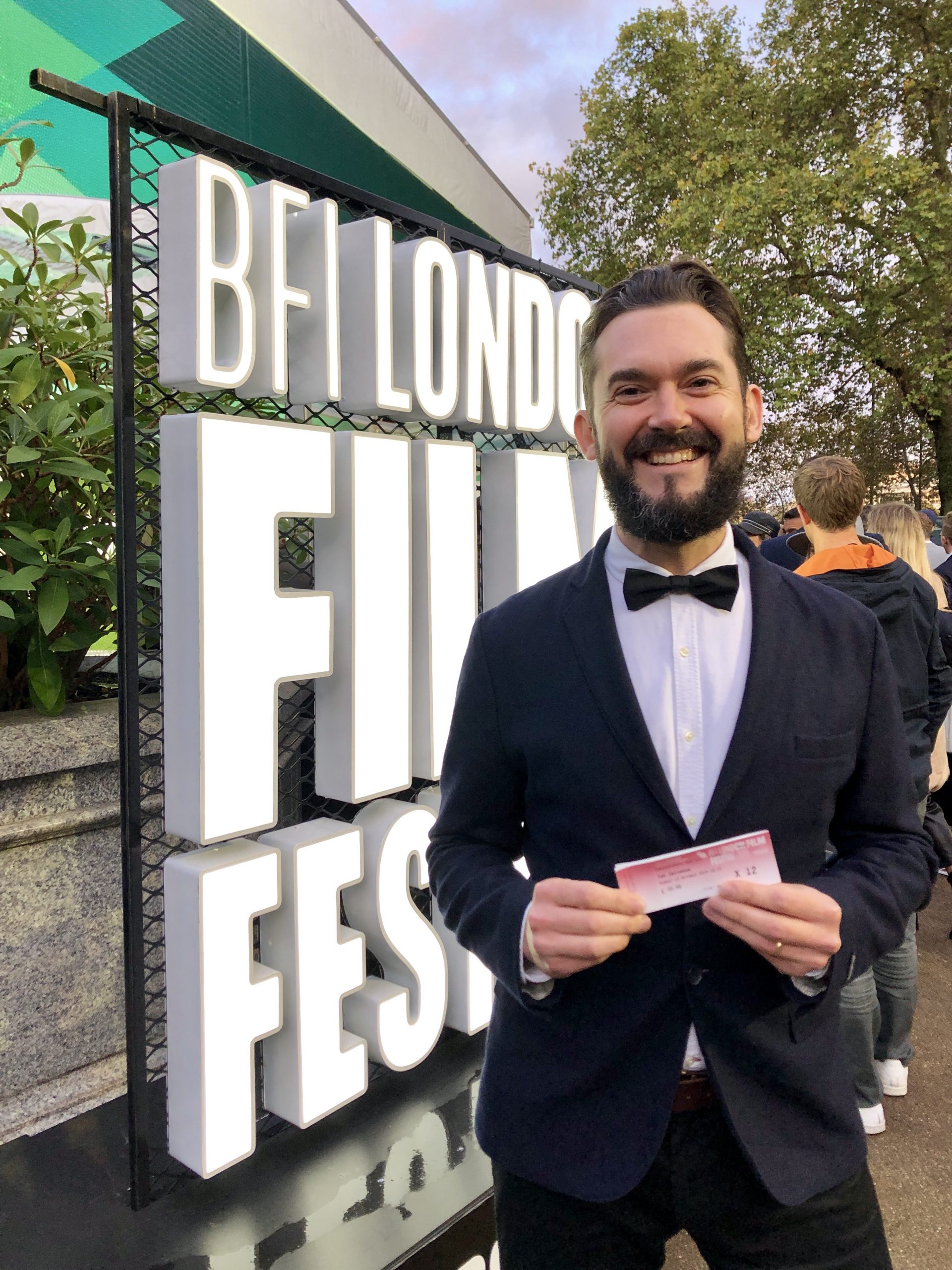 Gareth Jones is a film studies teacher and PhD student at the University of Southampton. His research focuses on horror film and data-algorithmic selfhood.