UK economics desperately needs to move on from flawed prescriptions into a fresher more agile model that responds to today’s crises.

The current cost of living crisis lays bare the faults of our economy – vast inequalities, irreversible environmental damage, and an economic policy unable to achieve prosperity for all.

It may then seem surprising that given these challenges, the top economic priority of recent administrations has been public finances, that is, maintaining public sector spending roughly equal to its revenues and ensuring that government debt does not exceed a certain proportion relative to the size of the UK economy.

Liz Truss’ failed economic agenda brought a major shake-up precisely because it departed from this commitment. By not outlining how the revenues lost in the proposed tax cuts would be compensated for to prevent government spending and debt from ballooning relative to government finances, Truss broke one of the key principles of modern economics adopted by the Conservative governments since 2010 – that of a balanced budget.

As the decades of austerity implemented in the UK and around the world have shown, prioritising balanced budget has not improved wellbeing; instead, it has raised poverty and inequality and constrained economic growth by limiting resources people have to spend. Why do politicians still cling to the idea of balanced public finances and what else is needed to achieve a more inclusive and sustainable economy?

The economic model at the heart of today’s policies dates to the Reagan-Thatcher era in the 1980s – prioritising economic growth above other aspects of societal wellbeing and boosting economic resources of the rich and deregulating with a belief that income and wealth would then eventually “trickle down” to the rest of society. This has been justified by economic theories based on simplistic assumptions. But our understanding of the economy is not subject to universal laws predicted by such abstract mathematical models. Economics is inherently political and ideological, because it examines human behaviours and power structures that relate to how money and goods are created and distributed in society. Economic research that underpins policy is inseparable from economists’ own biases and convictions.

Economics is inherently political and ideological, because it examines human behaviours and power structures that relate to how money and goods are created and distributed in society.
Dr Hanna Szymborska

The fantasy of growth under economic neoliberalism

The obsession with balanced public finances is grounded in ideas of economic neoliberalism. For over four decades, it has defined national economic policy under both right and centre-left governments, and internationally, by organisations such as the World Bank and the International Monetary Fund (IMF). It argues for the withdrawal of the public sector from the production and distribution of goods and services, in favour of private markets in which people are free to pursue their own interest and try to out-compete others to capture as much economic resources as possible.

Economic policy range has therefore become narrow. Its objectives have been limited to promoting economic growth, neglecting broader goals such as nurturing an equitable and sustainable economic life. The actions of central banks have been restricted to changing interest rates and trading financial assets, while the government machinery has been focused on regulation intending to help markets work better, using taxes and social transfers to redistribute unequal economic resources. Public spending exceeding government revenues has been labelled as “irresponsible” towards future generations, who would need to contribute to the repayment of government debt, and a hindrance to economic growth. Many public services have become privatised in the name of improving performance and relieving the pressure on public budgets.

When economics misses the bigger picture

The above has been fuelled by the dominant practice of economics that glorifies quantitative data and methods as “rigorous” and objective. Overarching issues that shape the production and exchange of economic resources such as colonialism and post-colonial relations, racism, patriarchy, class-based inequalities and planetary boundaries have been largely excluded from economic modelling and thus from the design and evaluation of economic policy. So it is not surprising that economic neoliberalism has been linked to numerous local and global crises since the 1980s. It has increased inequalities in income, wealth, health and housing across social classes, gender, race/ethnicity, and generations, as well as irreversible degree of environmental degradation that will erode the quality of life in the foreseeable future.

Its objectives have been limited to promoting economic growth, neglecting broader goals such as nurturing an equitable and sustainable economic life.
Dr Hanna Szymborska

Since the 2008 global financial crisis, public attitudes towards the economy and economic policy has shifted to challenge growing inequality and climate change. But a corresponding shift in the theory and practice of economics has been much more gradual. Economic theory and policy have retained many of the fundamental principles of economic neoliberalism, and alternative ideas are not being valued quickly enough. Meanwhile, economic growth has been slow, while cuts to public spending have been unsuccessful in improving production, and they have also increased poverty, as many essential public services such as healthcare and education have been more expensive and chronically underfunded.

Who wins and who loses in the ever-freer market?

Sunak believes in making markets as free as possible by reducing government regulation. But this often limits how much can be produced and at what cost, and for how much firms can sell their product, preventing them from earning excessively high profits. What he grossly misses out on is that in the current cost of living crisis more people struggle to afford basic necessities, and are less likely to spend on other, non-essential goods and services. If people don’t spend – on going to restaurants or to the gym, on new gadgets, clothes or vacations – eventually businesses won’t think it’s worth investing and expanding, and economic activity can collapse.

Without support to a typical household, growth is unlikely to take off. Instead, it is by strengthening the demand side, and supporting people’s incomes through public spending aimed at improving universal services, and prioritising the wellbeing of those on middle and low incomes that policy could create space for firms to innovate and produce more.

It assumes that the rich are inherently smarter, more hardworking, and better at making money, and that their resources are used to invest in innovative ventures that create jobs and promote growth, which benefits the rest of the economy.
Dr Hanna Szymborska

The rich won’t save us

The “trickle down” argument suffers from a similar shortcoming. It assumes that the rich are inherently smarter, more hardworking, and better at making money, and that their resources are used to invest in innovative ventures that create jobs and promote growth, which benefits the rest of the economy. But this view ignores the unearned privilege of wealth coming from one’s class background, race, gender and age. It also neglects the fact that much of the wealth of the rich is invested in personal luxury consumption or financial assets that further enrich the wealthy and have little impact on job creation and innovation.

We need a radical change in economic thinking

As the new government’s decisions regarding its finances will come under scrutiny in the coming months, we should be asking the question of how taxation and public spending work. Cutting taxes is not necessarily bad if it targets financially vulnerable individuals. Similarly, abandoning the balanced budget won’t be beneficial if it is used to enrich the wealthy at the expense of further cuts to public services. We need more detailed design and evaluation of economic policy that look at who benefits from the proposed changes in public spending and taxation (as well as interest rates).

The obsession with rolling back the state to “liberate” markets will be a death sentence to some, who won’t be able to feed or heat themselves this winter while large energy companies enjoy record high profits.
Dr Hanna Szymborska

The decision to retain Jeremy Hunt as Chancellor signals that, as a prime minister, Sunak is likely to continue with the commitment to balanced public finances that he showed as Chancellor under Boris Johnson. Hunt has declared that he was ready to do “whatever is necessary” to reduce government debt in the name of maintaining strong public finances, which, in his view, are “the foundation of a strong economy”. And it is no longer just a Conservative ideal – Keir Starmer has vowed to turn Labour into the party of “sound finances”.

Yet what the experiences of economic neoliberalism show is that prioritising balanced public finances over equality and sustainability will make the ongoing crisis even worse. The obsession with rolling back the state to “liberate” markets will be a death sentence to some, who won’t be able to feed or heat themselves this winter while large energy companies enjoy record high profits. Economics can no longer be used to disguise those policy choices as inevitable laws of nature. The widespread criticism of Kwasi Kwarteng’s mini-budget sparks hope for a shift in the public’s expectations of economic policy. Such transformation requires a broader change in economics that accepts its ideological and political roots – and there are plenty of alternative theories and experts that Number 10 should learn from. 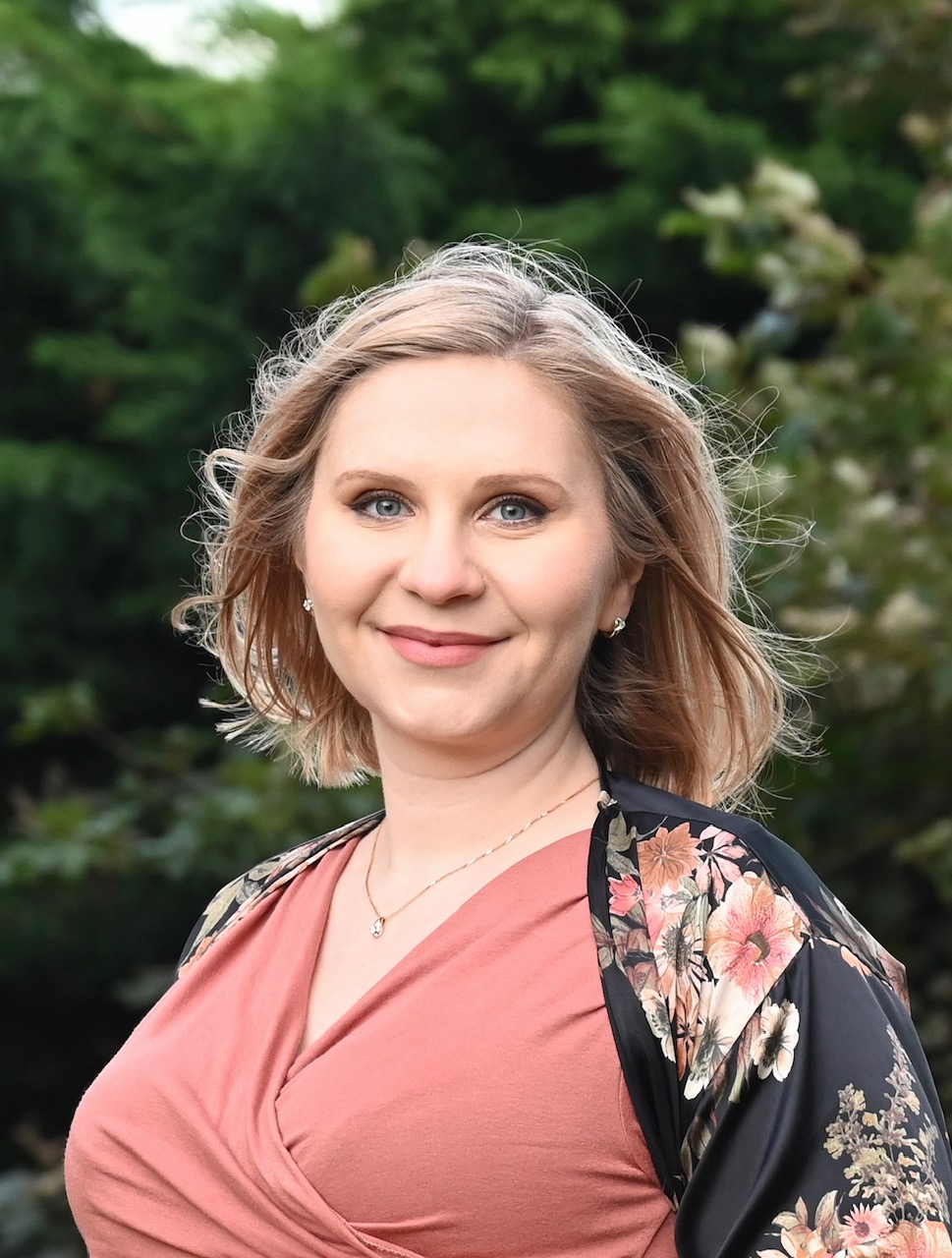 Dr Hanna Szymborska is a Senior Lecturer in economics at Birmingham City University. She has a PhD in economics from the University of Leeds. She is interested in studying wealth and income disparities. She tweets @HannaSzymborska and is the co-founder of @DivDecEcon.